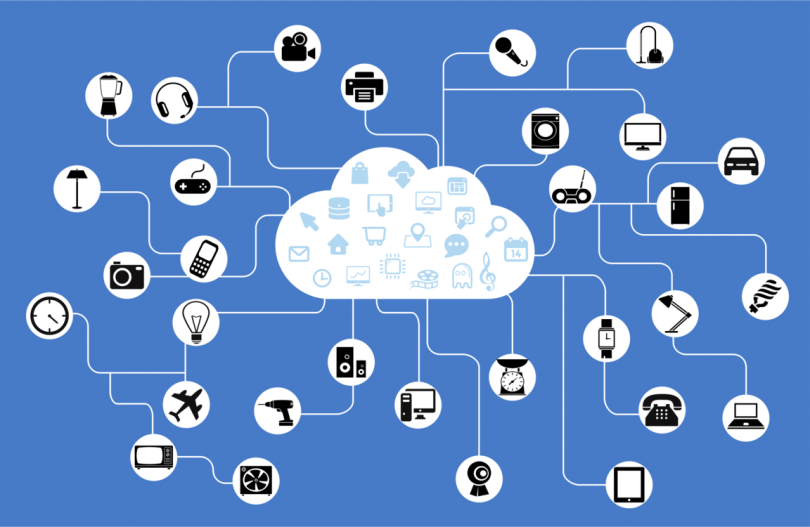 You’ve probably been hearing a lot about blockchain. It comes up anytime people are discussing new ways of automating processes without any centralized server or authority. So, what is blockchain exactly? Consider this your ‘Blockchain for Dummies’ primer.

Before we get into the details of this technology, first let’s define blockchain. Blockchain, explained plainly, is a medium of investing – and a very reliable one – that allows people to exchange values or data without the need for a trusted central authority.

Blockchain can be described as a digital blockchain ledger where transactions are recorded as they’re made, and a copy of the ledger is sent to everyone on the blockchain. It is sometimes referred to as ‘distributed ledger.’ The currency used in this type of transaction is called cryptocurrency, which is a digital currency that is generated, signed and regulated using digital encryption techniques.

Then what is blockchain technology?

In a simple explanation, blockchain technology is like having a bank account at a bank where millions of others have an account too. Every time the money in any account is used for transaction, all the account holders in that same bank get an alert, so everyone knows the amount in each account, but doesn’t know whose account it is.

Blockchain is not only used in business and banking, but various other industries as well. This article gives a wide view of what blockchain is all about, kind of like a blockchain tutorial; blockchain technology is explained, as well as blockchain development, a blockchain stock guide, blockchain types and popular blockchain networks, its real-life applications and use cases, and so on.

How Does Blockchain Work?

Blockchain technology is one of the best innovations after the inception of the internet. Blockchain works by entrusting a certain value or data to a logic program running on multiple systems (called nodes) worldwide. The value is then transferred to the receiver if the condition for sending the value is true, or it goes back to the sender if the condition is false.

Once the contract has been agreed upon by both parties and the sender sends the value to the trusted program, the transaction cannot be interrupted. The value hangs in-between until the logic proves to be true or false. This transaction is called block – and each time a block is added to the chain, everyone on the chain gets notified, and everyone knows that this account is currently transacting with that account. In essence, this eliminates fraudulent activity.

Here’s a more elaborate example: There are five nodes on a blockchain network, nodes A – E. Node A (sender) decides to send 20 units of a digital currency (cryptocurrency) to Node C (receiver) if a football club wins an upcoming match (condition).

It is impossible for any of the nodes to alter its own copy of the record, because it must tally with other nodes’ records. After validating that all nodes’ records match, an AI program then decides where the currency goes based on the outcome of the condition (the football club winning or losing). Every step of the transaction is broadcasted to all nodes, so the transaction is transparent for every node to see.

You must be wondering why we have been discussing only digital currency – and how you get the cryptocurrency in the first place.

So, what is blockchain used for? Simply put, for any type of transaction it eradicates the foreign exchange rate, making cryptocurrency a universal currency as it is the same rate everywhere in the world.

Blockchains are categorized into three types:

Consortium blockchains are run under group monitoring. Unlike public blockchains, not everyone has permission to verify transactions. Consortium blockchains are common in the banking sector. The consensus process is controlled by a pre-selected set of nodes; for example, a selected 10 out of 15 nodes must verify each transaction before it becomes valid. Examples are B3i run by Insurance companies, EWF run by Energy, R3 run by banks, etc.

Blockchain and Bitcoin are often used synonymously, but they are two distinct terms. Though Bitcoin is an attribute of blockchain, because it runs on blockchain principles and we often call it ‘Bitcoin blockchain.

Bitcoin is a form of digital currency (electronic coin). It is a decentralized currency that can be sent and received using a peer-to-peer network. Transactions are verified by participating nodes through cryptography, so there is no need for intermediaries.

Bitcoin was invented as open source software in 2009 by an unknown person or group using the alias Satoshi Nakamoto. Initially, it was used as a reward for services (also called mining) – you get a certain amount of Bitcoin when you perform an online task, and the amount goes in your Bitcoin wallet. You can also use it to purchase another service or product, or exchange it for cash. It’s estimated that 5.8 million people use a cryptocurrency wallet, and over 80% of those wallets are Bitcoin wallet.

Bitcoin wallet is secured against unauthorized access, and you have full control to send, receive, buy, sell, or exchange your coins. It’s supported by over 20 languages on various device platforms including iOS, Android, desktop, and web.

Bitcoin stock refers to its value in real currency, how it is bought and sold, at what rate, and who buys or sells it.

Bitcoin and similar cryptocurrencies behave like the real stock market – the higher the number of buyers and sellers, the higher its price. However, the source of Bitcoin’s value differs from that of the real stock market. For whatever reason you buy Bitcoin stock, there is a universal process of buying it. The process is highlighted below:

Your wallet serves as online storage that holds all your cryptocurrency and your unique key (a unique identifier for each Bitcoin owner that contains strings of numbers that secure your Bitcoin account). The first step is to download your wallet and connect your debit/credit card to it. There are several wallets you can download for Bitcoin, such as Bitcoin Core, Coinbase, Arcbit, Armory, Bither, and Electrum.

Try to find an exchange that also supplies Bitcoin wallet, so you won’t be submitting your bank information to two separate services.

Once you’ve successfully registered, navigate to the ‘Buy’ section. Enter the value of Bitcoin you want to purchase and its equivalent in your local currency will be displayed. When you make the purchase, the amount is deducted from the connected card. Currently, one Bitcoin equals USD $6,407.89. Don’t panic – you can buy a fraction of one Bitcoin!

Ethereum is similar to Bitcoin, in that it also runs on blockchain principles. But what is Ethereum? It’s an application that runs exactly as programmed without any interference whatsoever. Ethereum enables developers to create markets, move funds (according to instructions and conditions), and store/share registries of debts or promises. Ethereum was developed as open source software in 2014 by the Ethereum Foundation (a Swiss-based non-profit organization) and has been supported by great minds around the world.

What do people use blockchain for in the real world? A few of its applications are highlighted below:

Like normal casinos, blockchain or Bitcoin casinos allow staking with cryptocurrency and getting winnings in the same currency. An example is https://casinosblockchain.io. All you have to do in such casinos is register with your wallet ID and start placing bets.

Maybe you have an amazing idea, but you don’t have enough funds to implement it. Blockchain crowdfunding is a good way to kickstart your project. You can create a contract that holds contributors’ money until a specific goal or date is reached, and then the money is released to the project owner or returned back to contributors, depending on the stated condition. You can also use blockchain to distribute rewards to contributors. Examples are Chainium, Tokenomy, and Starbase.

There are several ways blockchain can be applied to improve the healthcare system. Its decentralized data integrity can be useful in verifying and updating patient records, insurance coverage, claims and adjudication, and many other medical-related records.

Brooklyn Microgrid is a good example of how a company uses smart meters to track energy generation and consumption. A smart contract exists between the users and the grid. When you consume a certain amount of energy, the payment is deducted without any interference, and you can’t alter the data sent to the blockchain.

IoT is what gives every internet-enabled device the ability to send and receive data, thus enabling various devices on different platforms to communicate. Each device must pass through the identification and authentication process before data is transacted.

Authentication that’s based on certificates from authorities is too expensive, so companies like Factom Iris™ make the best use of blockchain technology by registering their devices on the blockchain, where a digital identity that cannot be compromised is assigned to each device. Another advantage of this is that all information on each device can be dynamically updated and verified.

The importance of blockchain technology in every industry today is undisputed, and there are still more innovations to come via blockchain. If someone asks you, “What is blockchain?” simply tell them it is the technology of the future – so join this moving train and participate! 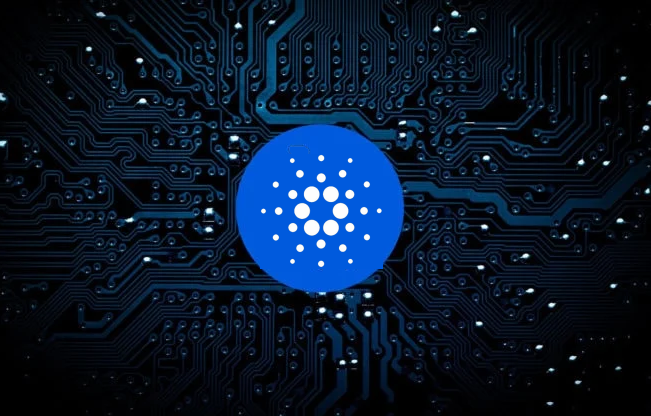 Popular sportsbook 1xBit has added a new currency to... 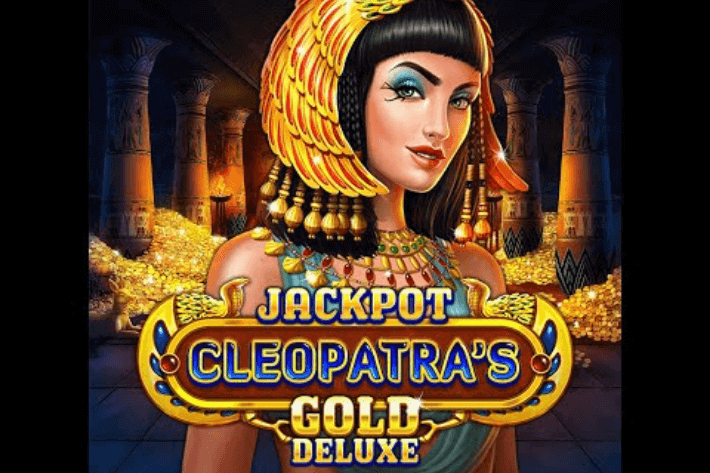 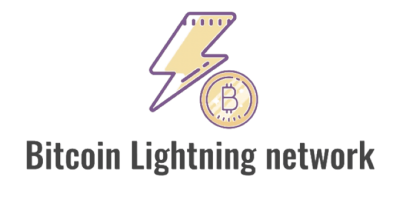 What Is the Lightning Network?

What Is the Lightning Network in a Nutshell? The...